Epidemiology and public health in hepatitis C, other infectious diseases, and the broader health of people who use drugs.

The 10th International Conference on Health and Hepatitis in Substance Users will welcome global experts in epidemiology and public health in hepatitis C, other infectious diseases, and the broader health of people who use drugs. Our program also includes people with lived experiences, community members, advocates and policymakers. Together, we can create a world of equitable health care for our communities. 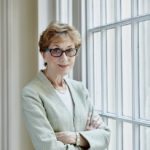 Presentation: How do we address the broader social and health issues among people who inject drugs?

Professor Dame Carol Black is currently Chair of the British Library, the Centre for Ageing Better, and Think Ahead, the Government’s fast-stream training programme for Mental Health Social Workers. She co-chairs NHS England/Improvement’s Expert Advisory Group on Employee Health and Wellbeing.   She is a member of RAND Europe’s Council of Advisers, and of the Boards of the Institute for Employment Studies and UKActive.  In 2022 she was appointed Independent Adviser to the Government on combatting misuse of drugs.

In 2019 she completed a seven-year term as Principal of Newnham College in Cambridge University, where she was a Deputy Vice-Chancellor. She is a Patron of the Women’s Leadership Centre in the Judge Business School.

Dame Carol has completed four independent reviews for the UK Government: of the health of the working-age population in 2008 as National Director for Health and Work; of sickness absence in Britain in 2011 as co-chair; of employment outcomes of addiction to drugs or alcohol, or obesity, in 2016; and on illicit drugs, demand, supply and treatment (Part I for the Home Office published in February 2020; Part 2 for DHSC published on 8 July 2021)

Professor Black is a past-President of the Royal College of Physicians, of the Academy of Medical Royal Colleges, and of the British Lung Foundation, and past-Chair of the Nuffield Trust for health policy.   The Centre she established at the Royal Free Hospital in London is internationally renowned for research and treatment of connective tissue diseases such as scleroderma.   She has been a Trustee of the National Portrait Gallery. Presentation: How can we overcome legal barriers to reduce criminalisation and improve the health of people who use drugs?

Niamh is Executive Director of Release, the UK’s centre of expertise on drugs and drugs law. Niamh has co-authored a number of Release’s policy papers including “A Quite Revolution: Drug Decriminalisation across the Globe” and “The Colour of Injustice: “Race”, Drugs and Law Enforcement in England and Wales”.  Niamh is also responsible for drafting many of Release’s briefings for parliamentarians and policy makers. She has presented at international and national conferences and is regularly invited to comment in the media. Niamh is a member of the Expert Steering Group for the Global Drug Survey, a visiting lecturer at Liverpool John Moores University and at Middlesex University. She is also a committee member for DrugScience and has been a technical advisor to the Global Commission on Drug Policy. Presentation: Community-led models for improving the health of people who use drugs – Successes, challenges and where to next

Magdalena Harris is a sociologist working with qualitative methods in the social science of drug use, health and harm reduction. She works in partnership with community organisations, and through peer research, in the fields of hepatitis C, opioid and crack use, and opioid substitution treatment service delivery. Magdalena is Associate Professor at the London School of Hygiene and Tropical Medicine, Associate Editor for the International Journal of Drug Policy and holds an honorary Inclusion Health Consultant position at University College London Hospital NHS Trust. She is PI for two NIHR-funded research projects: iHOST (Improving Hospital OST) and SIPP (Safe Inhalation Pipe Provision), both commencing in 2022. In 2020 she received the Society for Study of Addiction Impact Prize “in recognition of her high-quality, innovative research and its positive, practical impact for people who inject drugs” and in 2022 was awarded a Membership through Distinction of the Faculty of Public Health. 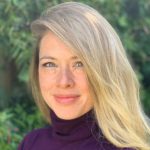 Presentation: HCV elimination among people who inject drugs – Where are we now and where to from here?

Natasha is a Professor in the Division of Infectious Diseases and Global Public Health in the Department of Medicine at the University of California San Diego. She is also an Honorary Senior Lecturer at the University of Bristol. Dr. Martin is an infectious disease modeler whose work evaluates the impact and cost-effectiveness of viral hepatitis and HIV prevention interventions among high risk populations such as people who inject drugs, men who have sex with men, and incarcerated populations. She is one of the leading modelers examining the potential impact of HCV treatment as prevention, and what prevention scale-up is is required for HCV elimination. In 2016, she was selected by The Economist magazine as a “HCV Change Maker”, providing “fresh thinking on the road to elimination of HCV.” Presentation: Evidence-based approaches for reducing drug-related deaths – What interventions work and what does the future hold?

Andrew has worked locally and nationally in the addictions field since 2005. He is currently Consultant Scientist at Public Health Scotland where he has a lead role for blood-borne viruses and other infections involving people who inject drugs (PWID). At Glasgow Caledonian University, Andrew has a senior role on multiple studies including the Needle Exchange Surveillance Initiative (NESI); a bio-behavioural survey of PWID ongoing since 2008. His main interests are harms related to injecting drug use and evaluation of interventions aimed at reducing risk. He is currently co-chair of the National Blood Borne Virus Prevention Leads Network and a former member of the National Naloxone Advisory Group, and the National Forum on Drug-Related Deaths. In 2018, Andrew was awarded the Fred Yates prize for research impact by the Society for the Study of Addiction. He has also been involved in the COVID-19 response, leading the national serological surveillance programme. 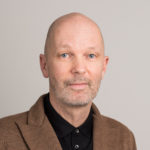 Dr Beck studied medicine at the University of Zurich and undertook his residency in psychiatry and psychotherapy at the Psychiatric University Clinic in Zurich. Since 1997, Dr Beck has conducted clinical work and research in the field of addiction medicine at Arud Centres for Addiction Medicine. 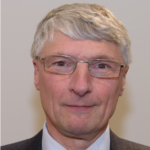 Professor Foster is the Professor of Hepatology at Queen Mary University of London and a consultant at Barts Health Trust. He trained in Medicine at Oxford and London Universities in the 1980s and completed a PhD in Molecular Biology in 1992.  Professor Foster has a long standing interest in the management of chronic viral hepatitis and runs a clinical research program studying the natural history of viral hepatitis, its impact upon patients and their communities and novel therapies for this disease. He supervises a laboratory research program investigating the basic virology of hepatotropic viruses novel replication models for hepatitis C.  He is the editor of The Journal of Viral Hepatitis and has published widely in the field of viral liver disease. He is the NHSE clinical lead for hepatitis C. 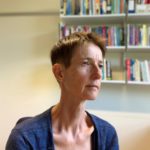 Jo Neale is Professor of Addictions Qualitative Research based within the National Addiction Centre and working across the Biomedical Research Centre for Mental Health at the Institute of Psychiatry, Psychology & Neuroscience. She is also Conjunct Professor in the Centre for Social Research in Health at the University of New South Wales, Australia.  Jo is a social scientist by training and qualified as a social worker in 1989. She subsequently completed an MSc in Women’s Studies and a DPhil in Social Policy and Social Work at the University of York. 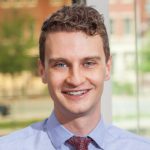 Dr. Marshall focuses on substance use epidemiology, with a specific emphasis on harm reduction research and overdose prevention. His team evaluates programs and policies that aim to improve the health and well-being of people who use drugs. He has published more than 300 scientific publications and three book chapters. He has received numerous awards for his work, including the 2016 Early Career Award from the Society for Epidemiologic Research, and the 2019 Early Career Public Health Research Award from the Association of Schools & Programs of Public Health.

He has served on numerous task forces to address the nation’s overdose crisis, and is an ad hoc member of the FDA drug safety and risk management advisory committee. Dr. Marshall also serves as an expert advisor to the Rhode Island Governor’s Overdose Prevention & Intervention Task Force. 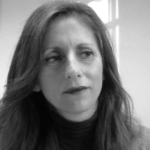 Vana Sypsa is Associate Professor of Epidemiology and Medical Statistics in the Medical School of the National and Kapodistrian University of Athens in Greece. Her research interests include the epidemiology and mathematical modeling of hepatitis C, HIV, SARS-CoV-2 and other infectious diseases as well as interventions among people who inject drugs and people living in prisons. She has participated in advisory boards to prepare and implement the national hepatitis C and HIV plans in Greece. She was President of the International Society for Clinical Biostatistics in 2019-2020. She is member of the national scientific committee of experts for COVID-19 in Greece. 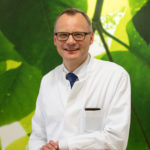 Heiner Wedemeyer is a full professor and Head and Chair of the Department of Gastroenterology, Hepatology, and Endocrinology at Hannover Medical School, Hannover, Germany. Professor Wedemeyer’s main interests are the immunopathogenesis of HBV, HCV, HDV, and HEV infections, as well as the development of novel immunomodulatory therapies, the hepatological treatment of acute and chronic liver diseases and the treatment of liver cancer that can lead to liver transplantation. He has been Principal Investigator on several Phase 1–4 clinical trials on antivirals and immunotherapies in viral hepatitis. Professor Wedemeyer has been involved in the scientific coordination of the German Network of Competence on Viral Hepatitis (Hep-Net) since 2002, and the German Liver Foundation since 2006. He was the EASL Secretary General from 2009–2011 and a member of the United European Gastroenterology Scientific Committee from 2013–2016. Professor Wedemeyer has authored more than 500 original articles in international peer-reviewed journals, including several national and international guidelines on the management of HBV, HCV, HDV and hepatocellular carcinoma.

More speakers to be announced shortly.